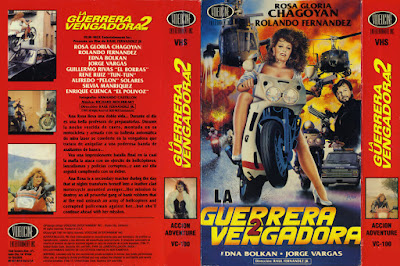 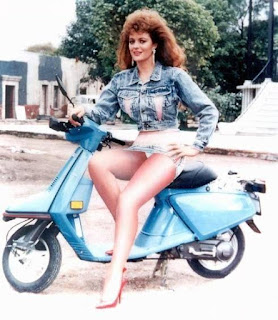 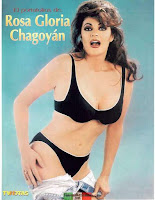 In the Seventies, Mexican pulp cinema took a turn down a dirt road and left the masked mexican wrestlers and silver-suited alien women behind. Dubbed "Narco Cinema", the films were cheaper, nastier tales torn from tabloid headlines: of cocaine barons and vigilantes, of police raids on crack dens and Robin Hoods of the drug-ravaged wastelands. One early Narco classic was Lola La Traiera, or "Lola The Trucker", from 1983, in which the daughter of a trucker gunned down by a drug cartel takes her revenge. Lola had long legs, big hair, big wheels, and that smoking Latino sensuality, and turned former soap actress Rosa Gloria Chagoyan into a bona fide ass-kicking icon of South-of-ze-Border action films. Lola reportedly became the biggest grossing Mexican film to date, and started a trucker craze which, not surprisingly included several more Lola sequels starring Rosa Gloria.

Lola wasn't her only successful franchise. Avenging Warrior Woman from 1988 struck a similar chord with Mexican audiences, featuring Rosa Gloria as Ana Rosa, a kind of Charles Bronson/Sidney Poiter hybrid: high school teacher by day, weapon-toting vigilante by night, and aided by her omnipresent dwarf butler Reintegro, or "Refund". In the first film she takes on another drug cartel and wins, leaving their boss in a wheelchair; in the second film our heroine has amped up the odds and her weapon's store, and in a triumph of cinematic chutzpah, thwarts a bank robbery on her motorbike equipped with triple-barrelled machine guns. Voom! Right through a plate glass window, white jumpsuit dazzling and barrels a-blazing. 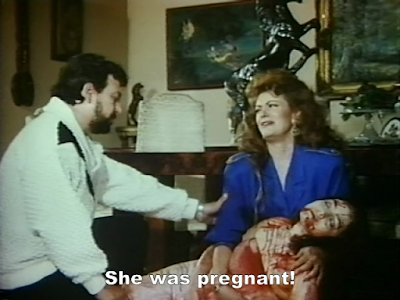 Of course, not everyone believes she's a hero, but luckily her boyfriend works for the police department and can keep her identity a secret. As mild-mannered high school teacher she takes a pregnant student under her wing, only to find her butchered by the cartel's assassins on her lounge room floor. "She was pregnaaaaaaaaant!" Rosa Gloria enunciates with all the chops her soap opera background has provided. "Bastards! Killers!" 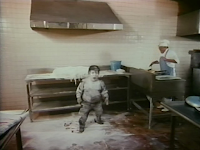 She then goes deep undercover to find El Pregno's killers. The cartel then kidnaps a nosy Senator's daughter and has the police department in a frenzy, but not Avenging Warrior Woman, who smells the work of her now-chairbound nemesis. She has her enormous arsenal - I repeat, enormous arsenal - to draw upon, which includes a seemingly endless supply of guns, grenades, and explosive arrows from a laser-guided crossbow. And let's not forget her secret weapon Refund, who's often more of a liability - take for example the moment he slides down a chute into a French restaurant's kitchen, and is chased around the floor mistaken for a flour-covered rat - but he does come in useful doing the cooking and cleaning, or whenever she needs a small step-ladder. 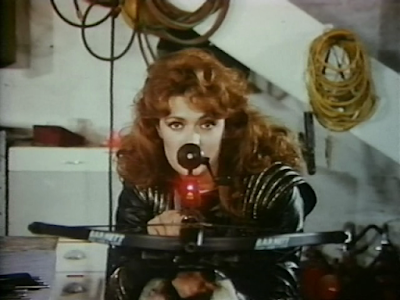 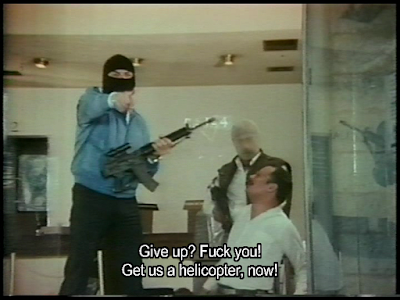 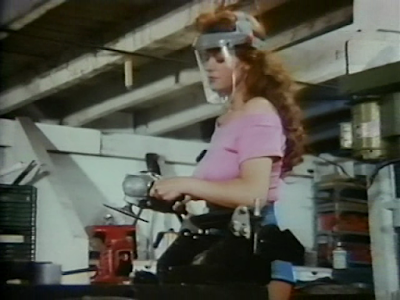 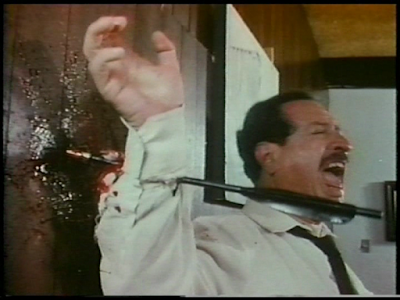 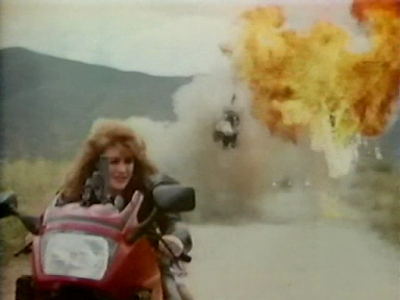 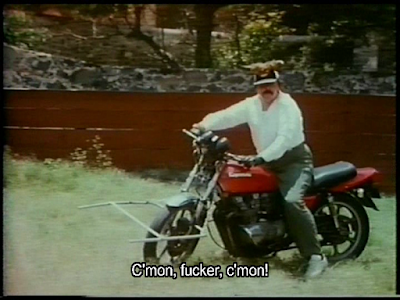 Avenging Warrior Woman 2 has everything you could want in an 80s or 90s action movie - ludicrous stunts, bullet storms, outrageous violencia, and loud dumb explosivos, and oh, that pair of dancer's legs reportedly insured for a million bucks, wrapped around a motorbike while chased by a helicopter. Viva the glorious Rosa Gloria in Avenging Warrior Woman 2.
Posted by Unknown at 11:55 PM