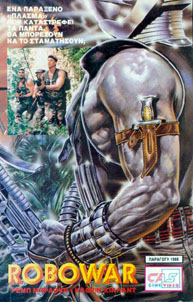 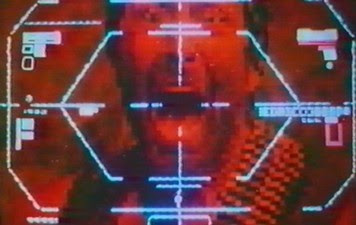 It's a cliche to describe Bruno Mattei's Robowar (1988) as a "Predator-meets-Robocop in the Philippines jungle", but as a pitch it's perfect in describing one of B-master Bruno's most outrageous Filipino-shot conceits. The Robocop part is Omega One, a bionic killing machine pieced together from the remains of an American soldier, in black suit and helmet and strapped up with unlimited firepower - seemingly indestructible and unstoppable, and programmed to KILL, KILL, KILL. The Predator part: Omega One, also known simply as the Hunter, is on a killing rampage on a small unnamed island, and the US military send in a six-man specialist squad known as BAM - Big Ass Motherfuckers - along with the Hunter's creator Nascher (Mel Davidson) as "technical adviser", to clean up the mess. Team leader Murphy "Killzone" Black (Strike Commando's Reb Brown) has been given no specific orders, but quickly finds the jungle filled with rapidly putrefying bodies, massacres, a scorched earth, and a prey that melts into the undergrowth only to pick off the six men one by one: Sonny "Blood" Peel (Jim Gaines Jr) looks stunned as his face is peeled off mid-joint, we see Guarino (“Alex McBride”/Massimo Vanni) vaporized via the Hunter's unnerving pixel-vision, and Papa Doc (John P. Dulaney) is dragged through the jungle via the Hunter's extendo-arm, only to end up a sizzling skeleton. This leaves Black, the girl medic they rescue known in the credits as "Virgin" (Catherine Hickland), and the man-mountain tracker named Quang (Zuma's Max Laurel) to face off - again, the "face" references make sense in context - against their vaguely familiar adversary, and the Pagsanjan jungles ignite once more in an inferno of blasting caps and home-made napalm. Here Mattei achieves the almost impossible, making an entertaining and compulsively watchable song-and-dance number from so many scattered body parts, and out of his long Dr Moreau-like career in splicing together mutant creatures for the B market, this Robo-Monster from the Islands of Mr Mattei could be one of his greatest creations… 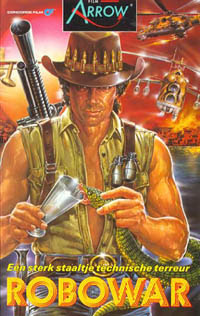 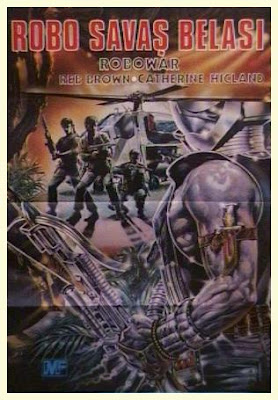 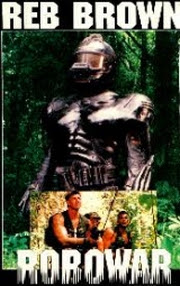