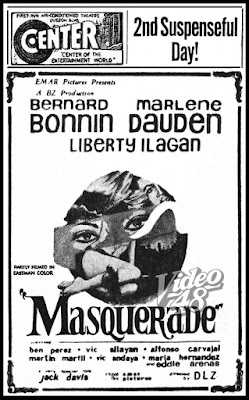 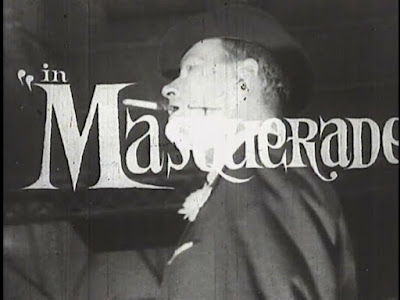 
[Special thanks go to SOFIA's Teddy Co and Monchito Nochon for providing a copy of the film, and to Video 48's Simon Santos for the poster and screen captures] 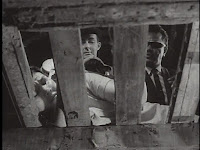 One of my favourite Bollywood films from the Sixties is the 1965 murder mystery Gumnaam, a rip-roaring plundering of Agatha Christie’s Ten Little Indians bathed in saturated Mario Bava-esque lighting and featuring a butler with a Hitler moustache (the late, great comedian Mehmood) and a musical number every twenty minutes. It’s not the first time Dame Agatha’s plot has been adapted by enterprising producers inside and out of the English-speaking film world, as it’s a hoary, occasionally effective device - a group of strangers with hidden pasts are brought together in an isolated environment, and are killed off one by one until the killer is ultimately revealed – which demands limitations budget, cast and locations, often requiring little more than a single studio set. For a competent filmmaker, a considerable amount of tension and any number of unexpected narrative twists can be wrung from meager resources. 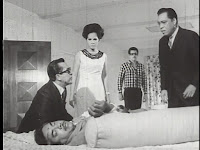 Such a filmmaker is former cause celebre Danny L. Zialcita, a writer-director whose career trajectory bears more than a passing resemblance to the revered Celso Ad. Castillo. Both graduated in the public’s mind at some point in the Seventies from gifted, gimmicky populists to genuine auteurs. Like Celso Ad. Castillo, he started in the pulps, directing spy thrillers and lurid bomba dramas; his 1965 debut, a Bond riff titled Lady Killer, kickstarted a whole series by Zialcita which propelled Romano Castellvi to stardom, and he also helmed two popular spy films with Bernard Bonnin as secret agent Hammerhead (Hammerhead and Incognito [both 1967]). And like Celso, his films from the Seventies and Eighties were more of a Happening, in the Sixties’ sense of the word, than just a premiere. Celso’s peak has long passed, and it’s no doubt due in part to his relentless self-promotion that long-unseen films like Nympha (1971) are recalled with such clarity. Not so Zialcita, who only recently emerged after years of self-imposed exile (due, word on the street tells us, to a decades-long drug problem), and whose name continues to slip under the radar of many cineastes.


Masquerade, a 1967 mystery “inspired” by Ten Little Indians, is an odd duck, appearing at a time in Pinoy cinema during an avalanche of spy films, westerns, war films, karate actioners, Hollywood parodies, musical comedies and both teen and mature weepie dramas. Zialcita hides here behind his eponymous “DLZ”, as does the producer “BZ” (a rich relative, perhaps?), and rounds up an impressive cast of top-shelf Pinoy names and character actors to play eight strangers tempted to a masquerade on secluded Diablo Island by an unseen benefactor known only as Mr X, and his enigmatic American proxy Mr Dreyfus (Jack Davis), a strange bird complete with brolly and bowler hat. Hammerhead’s Bonnin plays dashing celebrity and man-of-few-words Philip Monteverde; glamour comes in the comely shapes of Marlene Dauden as the manipulative Vera, and a lovely, if somewhat bedraggled, Liberty Ilagan as boozehound Emily. Veterans Vic Salayan, Alfonso Carvajal, Martin Marfil and Vic Andaya help round out the list of suspects which include a judge, a General, a nightclub singer, a doctor and industrialist playboy. None of them suspect a connection between each other; they are more interested in Mr Dreyfus’ offers of money, women and sport (and for more than one character, the three are inseparable). 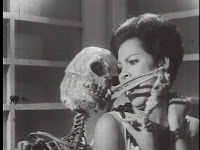 As the ferry leaves the island and the eight guests are trapped in a sprawling mansion along with Dreyfus and two bemused servants, they all find themselves unwilling participants in, as one puts it, “a Masquerade…of DEATH!” One suffocates in a glass-topped coffin and another lands a cleaver in the face, while their hidden host plays upon each of their insecurities, suspicions and paranoia's. No-one has been judged innocent, it appears, and their killer has stacked eleven funereal wreaths in the basement and published their death notices in the previous week’s newspaper. Eventually the characters are whittled down to just two, and still there’s no sign of an easy resolution. “Who could it be?” demands the narrator, as a ragged yet effective recap of the film’s murders swings the footage into negative stock. “You have been given ample time. Now be prepared for a SHOCK!” 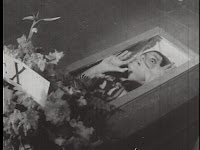 Zialcita attended a 2010 screening of the film’s only surviving print from its distributor, JE Films’ Joseph Estrada, and during a Q&A session afterwards trashed his efforts as “short of rubbish”. I can understand why – I’m sure he prefers the post-bomba films he’s more famous for, in which he had found a far less forced voice, and a maturity in theme, form and technique. On the evolutionary scale of a filmmaker, Masquerade is the showy, self-conscious attempt by a young auteur-in-waiting at breaking out of the restrictions of local story-telling and attempting a more sophisticated, deliberately European-influenced or Welles-ian work. A telling sign is that almost half of the dialogue is spoken in English (delivered at a leaden pace for those less familiar with the language), which immediately sets the film apart from its Tagalog contemporaries. It’s also in the noir-ish lighting from below casting shadows on ceilings, in the deliberate framing, and perspective tricks. The film is certainly impressive for a young director working within such a rigid star system, audience expectations and formulaic genre, but Zialcita’s stylistic ploys are often forced and aggressive, and cry out for attention. It’s far from “rubbish”, however, and Mr Zialcita is either being unnecessarily humble or self-critical to the point of self-immolation. Masquerade is not great and, despite the nods to Welles, can in no way be considered his Citizen Kane. Instead it’s “clever” (and I mean that with no disrespect), zippy and intriguing, and crammed with shadows of films to come. 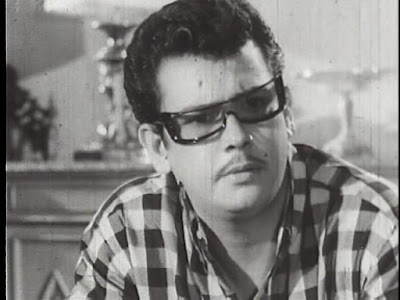 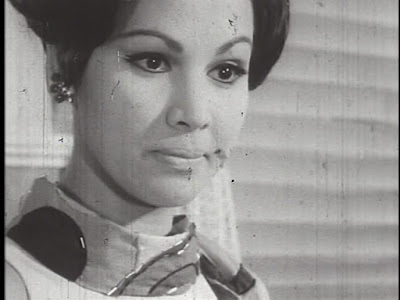 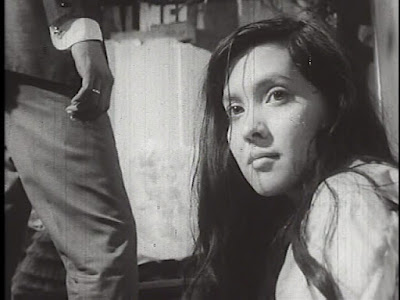 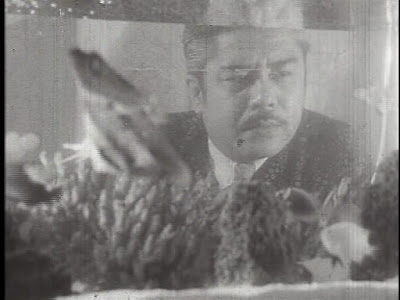 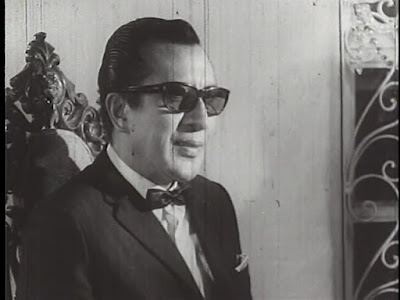 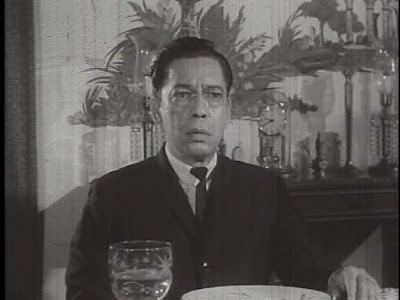 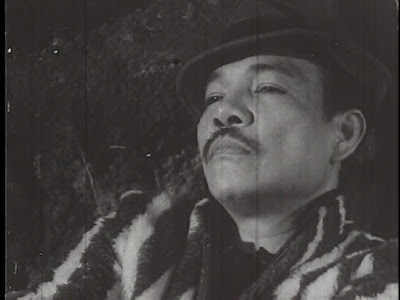 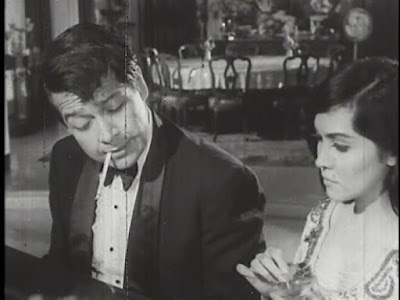 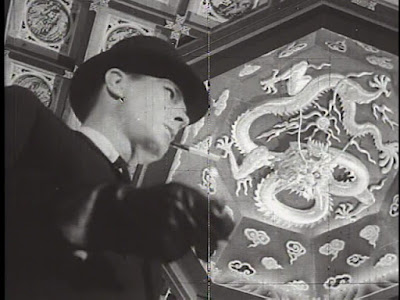 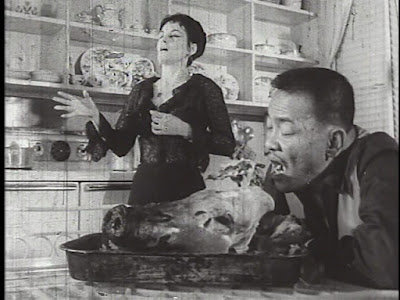