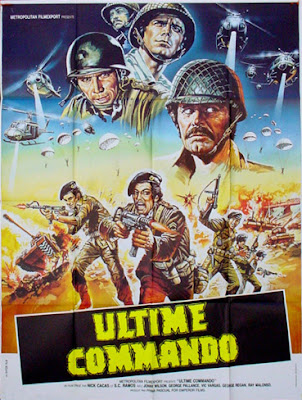 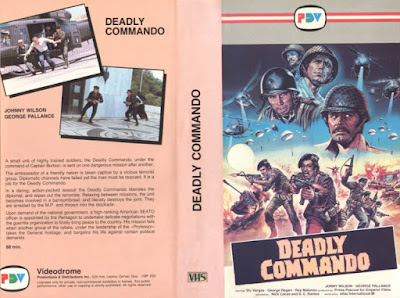 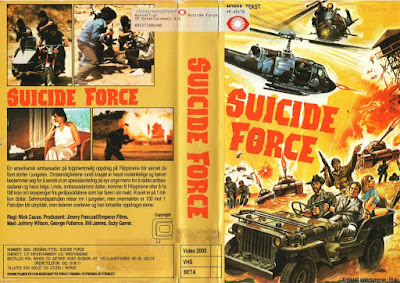 Virtually indistinguishable from the hundreds of soldiers-vs-rebels propaganda reels coming out of Marcos-era Philippines, the seemingly blessed Deadly Commando (aka Suicide Force; dirs. Nick C. Casas & Segundo Ramos, 1981) enjoyed a remarkable international run for a Pinoy goon actioner, being less than a handful of local titles sold at the 1982 Manila International Film Festival and sold for export by German company Atlas International. A visiting “American” General is kidnapped by Muslim separatists, and the Commander-In-Chief (Johnny Wilson) sends in Captain Borbon (Vic Vargas) and his crack unit of black-clad commandos known as the Savage Six (George Estregan, Rey Malonzo, Ace Vergel, Rex Lapid and Efren Reyes Jr), recently freed from a military prison, to bring him back alive. The group are aided by former rebel Adora (Elizabeth Oropesa) who gladly trades her freedom fighters for the prospect of peace; not so her brother Cris, the General’s kidnapper also known as The Professor (Rodolfo “Boy” Garcia), an uncompromising idealist intent on a bloody and protracted war with the Philippines government. With this and Emperor Films’ follow-up Death Raiders (also dir. Segundo Ramos, 1983) there’s plenty of action of the bland “shoot, fall down” variety, although kung fu specialist Malonzo gets to trade chops during a bar brawl, while Estregan, true to form, has his tongue down the throats of not one but two bar girls! With an uncredited Phillip Gamboa as the General’s driver, and a very early bit role for doomed bold superstar Claudia (Shame) Zobel. 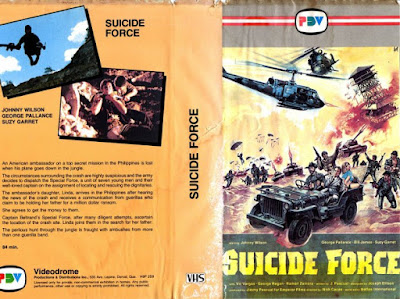 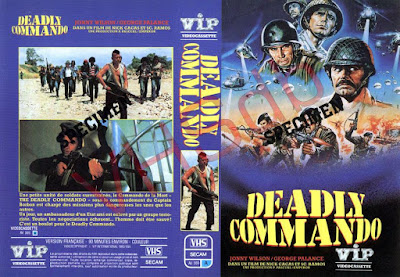 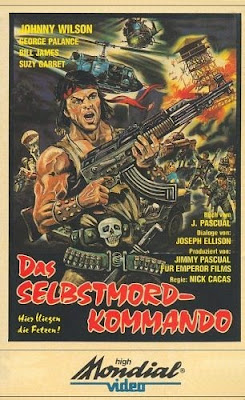