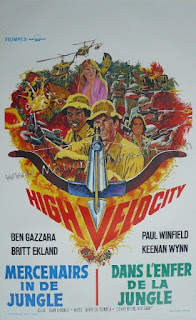 [US/Filipino co-production filmed in the Philippines for the international market. Released in Italy as “Due Tigri E Una Carogna”, and in Belgium as “Mercenairs In De Jungle/Dans L’Enfer De La Jungle”] 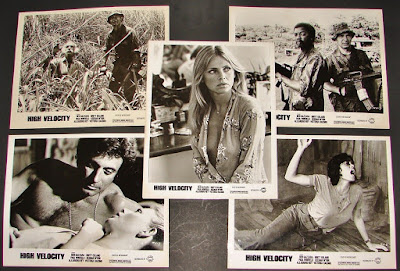 Taut, unexpectedly gripping mid-shelf thriller stars Ben Gazzara as Baumgartner, ex-Ranger Captain from the Vietnam War and now semi-retired crop duster in an unnamed, corruption-riddled military junta. He’s trying to eke out his own little patch of paradise but the powers-that-be won’t let him, as he’s blackmailed by corporate snake Alejandro Martel (Alejandro Rey) into rescuing his company’s repellent American CEO Anderson (Keenan Wynn) from a guerrilla stronghold in rebel-held territory. Killing’s a business for Baumgartner and he’s reluctantly back on the payroll, as his ex-Nam buddy, the equally jaded African-American Woody, and they both don the camouflage warpaint and head up the river -literally and figuratively - with a small arsenal of crossbows and explosives. Unfortunately for Anderson his head’s full of corporate secrets, and Martel instructs Baumgartner to leave Anderson for dead rather than bring problems back home for him and his mistress, Anderson’s listless wife Marie (Britt Ekland). 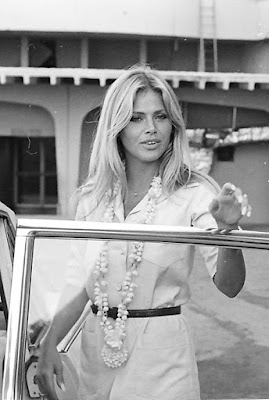 I call High Velocity “mid-shelf” as it appears to exist somewhere between an A and a B feature, with Gazzara (in Cassavette’s Killing Of A Chinese Bookie the same year) giving his role class and grit in equal measures, and with the usually dependable Ekland, here little more than window dressing, providing the glamour. Eddie Romero’s long-time collaborator Mike Parsons – as actor, co-producer and screenwriter throughout the Sixties – adds local flavour to director Remi Kramer’s script, lending the film an authenticity: the cockfight, the drunken machismo, the omnipresent military (this WAS filmed during Martial Law, remember), and the requisite titty bar loaded on stage and off with doomed white expatriate faces. The character names are Filipino, the unsubtitled dialogue’s Tagalog, and-the-army versus rebels backdrop (for the so-called “Gang of 45”, read the Philippines’ communist NPA) is all too familiar to a Filipino audience. 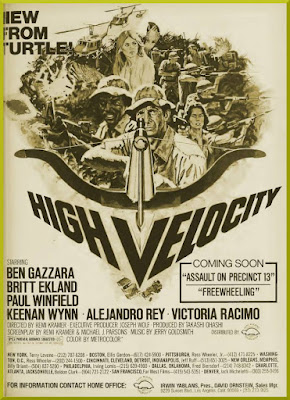 It’s an interesting smart-pulp improvement on the familiar “mercenaries rescue kidnapped Westerner from enemy territory” scenario, and not just because of Gazzara’s gnarled, laconic delivery, and enjoyable dynamic and snappy banter between him and the as-gnarled Woody. For starters, our sympathies certainly don’t lie with the Ugly American Anderson, played as a barking brutarian, vainglorious and vein-popping popinjay by an over-the-top Wynn, nor with his multi-national corporation, whose conspicuous extravagances are proudly on display. The opening polo match, from which Anderson is snatched, hammers the point home to perfection: polo-playing royalty inside their palatial walls, watched by their resentful, threadbare subjects through the gate’s cell-like bars. 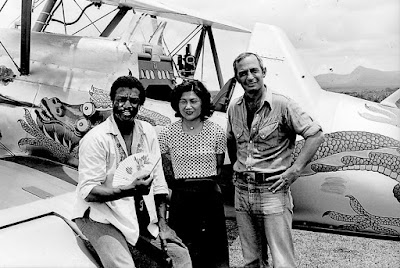 So do we cheer for the left-wing guerrillas led by Commander Habagat (Joonee Gamboa), themselves white-anted by corruption and desire for power, and all too eager to commit the ghastliest of deeds so long as they’re sanctified by the noblest of motives? Or does High Velocity labour under the right-wing libertarian notion that the individual, and not the power structures that hold his true spirit in chains, can triumph? Certainly Baumgartner is only too happy to blast apart the rebels’ huts to save his and his wife’s skins, and doing the corporation's dirty work in the process; in High Velocity’s unmarked hellhole, life is cheap, if not instantly disposable, and is ultimately measured by how strongly one feels the survival urge. Subsequently, there are no cheats nor sappy clichéd resolutions as the film hurtles towards its sour conclusion. Grim, satisfying stuff. 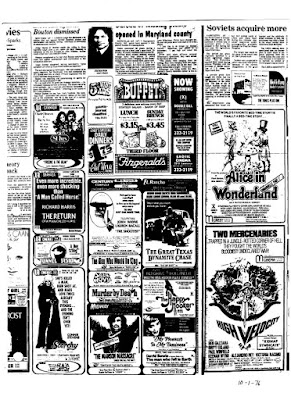