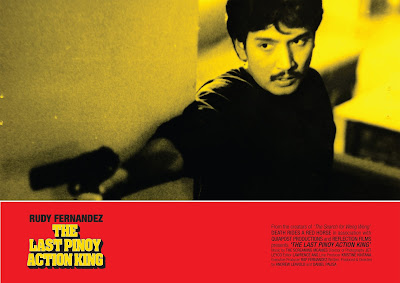 
Cinema Crazed (Emilie Black) “...a very informative piece on a beloved actor… This film might just make every viewer a fan of Daboy.”


Cinemadrome (Robert Monell) “...another highly entertaining, informative, ultimately moving chronicle of a kind of cinema which existed at a certain time and in a specific culture which is now long gone, but not forgotten…. This is the rare film which leaves you wanting more, you don't want it to end.”


Coolman0304’s My Movie World “Overall this documentary film is a remarkable way of knowing a film icon.” (3.5/5)


Critic After Dark (Noel Vera) “What Leavold gives us is an affectionate portrait of a basically decent man; if the end result is unadventurous it's also surprisingly moving...”


Die Danger Die Die Kill (Todd Stadtman) “...while perhaps a less ‘gonzo’ film than The Search For Weng Weng, is arguably a more mature one. Whether you prefer that or not is up to you. To me, it’s a symptom of versatility that bodes well for the future of both men as filmmakers worth watching.”


The Film Geek Guy (Matthew Escosia) “This is a lovely tribute to Daboy. Directors Andrew Leavold and Daniel Palisa managed to garner interviews of his family members and friends in the industry whose love and passion on the actor was evident in the entire film.” (9/10)


Filmink (Travis Johnson) “...an engaging journey through that country’s fascinating and often turbulent political and cultural history… Occasionally the film gets a little too ‘inside baseball’ as it delves into some of the more obscure elements of Filipino film without leaving enough breadcrumbs for a less knowledgeable viewer to follow, but nonetheless this is a fascinating portrait.”


Film Police (Armando dela Cruz) “The result is in the whole effective—insights from colleagues, relatives and friends (Chanda Romero, Robin Padilla, and Phillip Salvador among others) almost make for an entire oral history of studio filmmaking in the Philippines...” (3.5/5)

Glitter (Nonoy L. Lauzon) “The docu worthy of wide theatrical release also regales audiences with a precious plethora of tidbits, trivia and anecdotes that may be cherished not for their nostalgia value alone. More than anything else, they serve as enduring testimonials to an industry that never lacked for glory days and the means to actually relive and recoup them someday.”

Pcheng Photography (Ica Hontiveros-Cheng) “An unexpected treat… The Last Pinoy Action King is a rare gem, which looks which should not be missed by movie fans and history buffs, especially if they are big fans of Daboy.”