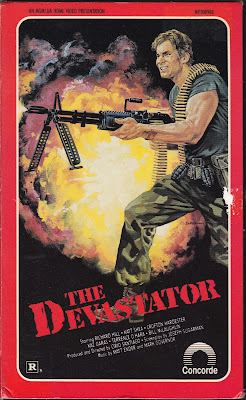 
[US/Filipino co-production with Cirio H. Santiago's Premiere Productions, supervised by Roger Corman's Concorde-New Horizons. Filmed as "King's Ransom", released in the US as "The Devastator", in West Germany as "Force Commando", in Spain as "Destructores", in Portugal as "Os Implacáveis Destruidores", and in Poland as "Dewastator"] 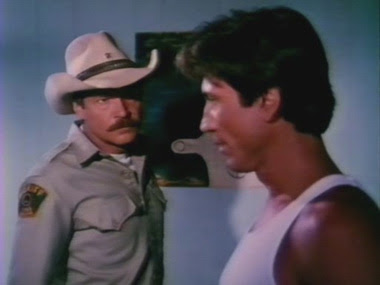 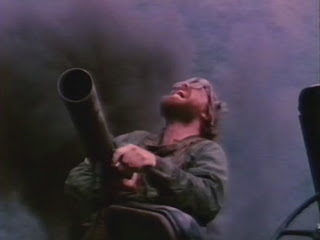 Troubled Vietnam vet Deacon Porter (Deathstalker's Rick Hill) is called to the sleepy mountain town of King's Ransom - once again, Baguio in northern Luzon! - by his former commanding officer's widow (Bobby Greenwood), and finds a sympathetic face in young lass Audrey (Katt Shea), a community in the grip of powerful dope grower Carey (Crofton Hardester) and his private army, and the town's sheriff (Naked Vengeance rapist Kaz Garas) on Carey's payroll. After he's left for dead in his car's smoking wreckage, Porter gathers his army buddies (including Terrence O'Hara and Bill McLaughlin, also in Naked Vengeance) and returns to King's Ransom armed to the teeth with guns and explosives to blast their way through Carey's goons, his marijuana fields, and even the local dam. Loud, dumb, over the top and entertaining as hell, courtesy of a script by Joe Zucchero, crams in the gun blasts, an exploding chopper (a Roger Corman stand-by!), and even 'Nam flashbacks courtesy of Cirio's own Final Mission (1984), and most of Cirio's regulars are along for the bumpy ride - Carey's executioners include David Light, Don Gordon Bell (who shoots a teen sniffing around Carey's pot plants in cold blood, then announces proudly, "Nailed me a college kid!"), Nick Nicholson, Bill Kipp, Steve Rogers and Berto Spoor, Henry Strzalkowski has a micro-appearance as the sheriff's deputy, and an uncredited Nigel Hogge shows up in an Arab headdress and boot polish as a gun buyer. Along with much of Cirio's mid-Eighties output for Corman's Concorde-New Horizons, it's classy top-shelf B flick; The Dam Busters it ain't, but then that so-called classic never featured a hero dangling from a helicopter, tossing a grenade into the cabin, then plunging into the water as the blades go up in a fireball… 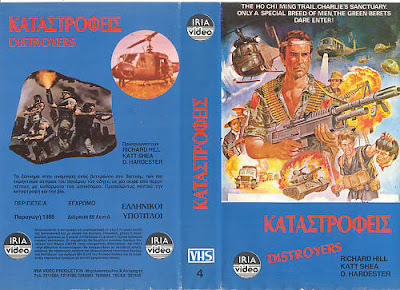