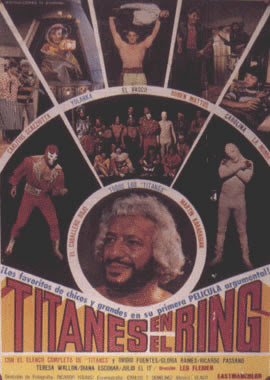 Titans Of The Ring 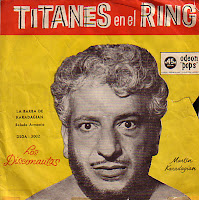 Long before WWF turned the noble sport of wrestling into an elaborate parody, Central and South American were already elevating their masked wrestlers dangerously close to sainthood. Mexico in particular named their greatest ever luchadore El Santo or The Saint, and his funeral in the early 80s (mask still firmly in place, of course) resembled the passing of Pope John Paul II. In Argentina, wrestling would evolve into a different and far less reverential form of pop culture phenomenon, one in which historical figures wrestle space creatures, and long dead mummies. With Titanes En El Ring, or Titans Of The Ring, the circus had truly came to town! 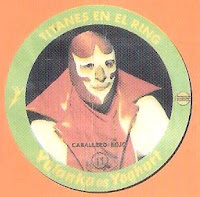 Its founding father, part-Armenian wrestler Martin Karadagian had spent over twenty years on the professional circuit as a rudo or heel, unleashing his dirty bag of tricks onto his much bigger and faster opponents, and was remembered as much for his tall tales as for his wrestling prowess, which even he would admit wasn’t spectacular. But he was a showman, and the self-aggrandizing jibber-jabber was all part of the show. By the early 50s, wrestling in South America was bigger than ever thanks to TV’s all-present eye, but as a small-screen fad had worn out its welcome by 1962. It needed a facelift, and one of Karadagian’s publicized stunts led to Channel 9 in Buenos Aires offering him a TV contract. Wrestling was cheap to produce, and in theory was easy to capture the public’s imagination. Thus, Titanes En El Ring was born. 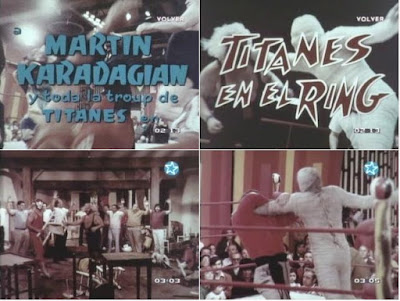 As the show grew, so did the stable of eccentric characters cooked up by Karadagian. By 1964, Titanes… no longer resembled wrestling, but rather epic cartoonish battles of good-vs-evil, and no more silly than La Momia who debuted in 1965, a deaf-mute monster wrestling in full bandages, and whose limited trademark moves included a washboard backhand to the opponent’s skull. The kids loved it, purists despised what had become of their beloved sport, and by the early Seventies Titanes En El Ring had became the most-watched TV show in Argentina, squeezing 2000 fans into its tiny studio. Critics loved it too, praising the revamped show for its “originality, vitality, and innovation, condensing surrealism – primitive yet genuine - into its wildest state.” 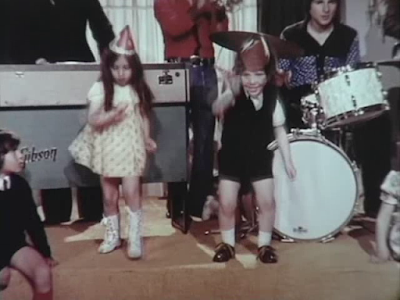 It is fitting, then, that Titanes En El Ring made its big-screen debut in 1973, and that its main protagonists are two children, Miguelito and Carolina. Naturally they’re the show’s biggest fans, and sit in the audience in rapture while Karadagian parades his cavalcade of wrestling oddities, each with their own theme tune: literary figures Don Quixote (in full armour!) and Sancho Panza, the topical Hippie Hair and Hippie Jimmie, and Cucumber The Clown, whose grease paint and baggy pants compound the circus atmosphere. An alien in a helmet and bright yellow outfit would periodically emerge from a space ship lowered into the ring in a flurry of smoke. Then of course there’s La Momia – friend to all children! – going slap-happy on Karadagian the Armenian, whose ringside persona by now slips effortlessly between good guy, villain and carnival barker.

Miguelito constantly brags about knowing the Titans in an effort to impress his young girlfriend. To save face, his father convinces Karadagian to let the kids hang out at their training session. “Why are there good and bad Titans?” they later ask their new friend over sodas. The wise Armenian describes his show as a microcosm of the world – the universal struggle between light and shadow – and not just grown men in silly costumes throwing shit around and beating each other into meat. By mid-movie we’re treated to a rock and roll number and very little plot to speak of; luckily Carolina’s father is kidnapped by goons, and the Titans rally to the rescue. And that’s it. As a movie it’s candyfloss, all sugar and asbestos and little substance, and screw you for wanting anything more. The crowd shots of adoring young kids’ faces – that’s your demographic right there, the young, and the young and cheerfully dumb at heart. 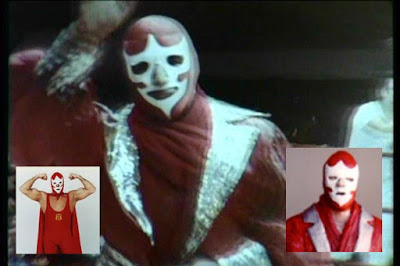 As for the Titans, their peak in popularity in the early 70s translated to a long and painful decline until the show was cancelled in 1988. Karadagian lost a leg to diabetes several years before but would still hobble around the outside of the ring pulling pranks on both tecnicos and rudos. One time he threw his cane away, and announced dramatically to the audience, “I am alive! I don’t need the cane because the ring and the fans keep me standing.” His words proved to be prophetic, and he passed away three years after the show’s end, a thin and frail little man living in a convent infirmary, and a far cry from the king Titan we witness tonight. Prepare yourself for a unique peek into Argentinian pop culture circa 1973, with Titanes En El Ring, or Titans Of The Ring.
Posted by Unknown at 4:29 PM