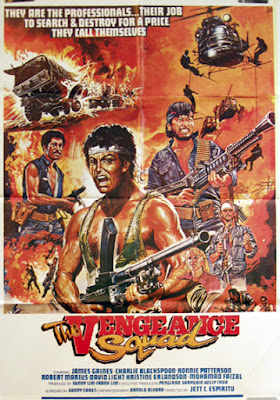 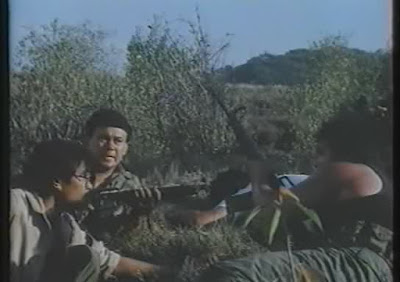 Vengeance Squad: proof that some Tagalog action films should STAY in Tagalog... (review by Andrew Leavold)


Competing groups of Filipino “rebels” and foreign mercenaries are hired by kewpie heiress “Mrs Robertson” (played with supreme indifference by Scandinavian expat Kristine Erlandson) to track down her husband’s killer. Told via flashback, the holidaying couple are kidnapped by so-called rebel Gamorr; she is ravaged, he is tortured and shot. She mistakes her captor for his half-brother Godiss, a former cohort in the revolution who’s since seen the light and returned to the side of goodness and order (read: the Marcos regime. Poorly disguised propeganda, or is the Philippines meant to be another miscellaneous South American poo-hole?). Rodrigo now heads Gamorr’s former Goons, who had teamed up with the now-dead rebel Alexander and are now in league with the foreign devils led by balding soldier of fortune Blackwell... 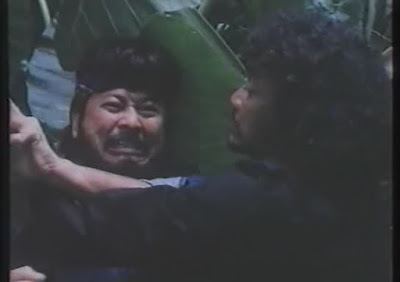 And here lies one of the film’s fatal flaws. Rogrigo? Alexander? Blackwell? Gamorr? There’s way too many Goons competing for screen dominance, it’s painful to keep up with who’s who, let alone care - you cut off one head and another five appear. And yet each of those heads are infinitely more compelling than our bland, uninspiring hero Godiss: a relentlessly wordy and maudlin would-be-philosopher and Christ figure (God? Godiss?) with a not-so-subtle white cross painted on the back of his jacket. 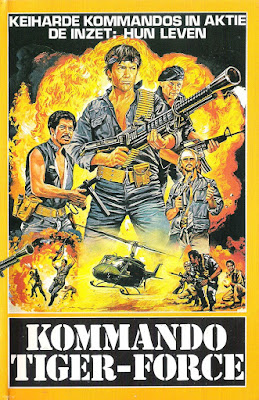 Once Godiss is captured, Mrs Robertson settles on a Human Hunt, and offers $25,000 of her dwindling inheritance to the one who brings back his head. Not the smartest idea, pitting one group of relentless opportunists against each other, but it does give the narrative focus and and some poorly needed screen time for Blackwell’s out of control chimp gang, described somewhere buried in the script as the “scums of the earth”. They’re native English speakers, yet they spit out strained dialogue in staccato pigeon English like a constantly jamming rifle. Bobby Suarez regulars Robert Marius (Searchers Of The Voodoo Mountain) and Jim Gaines (from countless Kinavesa titles) help put the “cheese” in “macheesmo” with their few enjoyably D-grade tough guy lines, like “let’s give them some shit!” 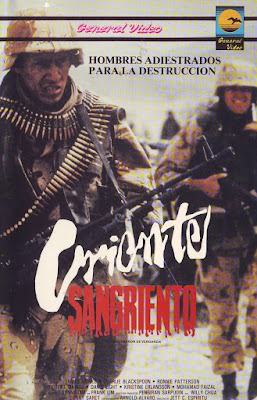 Here’s another flaw: there’s just not enough cheese to go around. I don’t expect much in life, but I DO want more from dumb action films - shameless, consistent, mindblowingly entertaining dumbness. And some genuinely clever camerawork from another Suarez veteran, Arnold Alvaro, can’t disguise the fact that Vengeance Squad just isn’t stoopid enough. 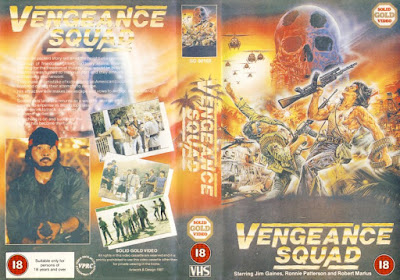