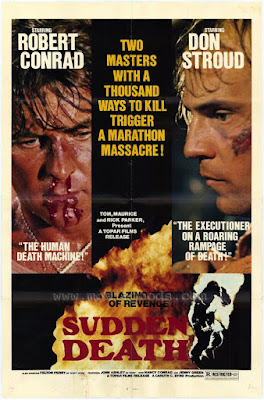 
[American co-production with Eddie Romero’s Hemisphere Pictures, filmed in English; released in Mexico as “Muerte Violenta”, and in Finland as “Tuhoojat”] 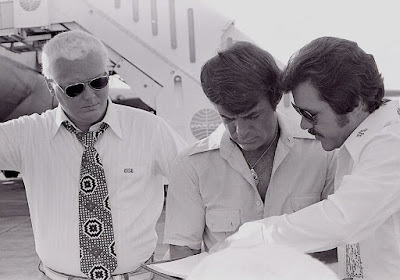 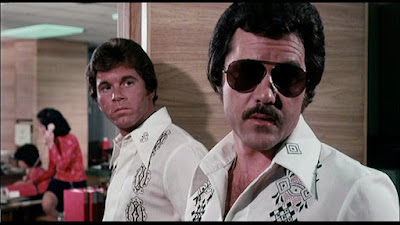 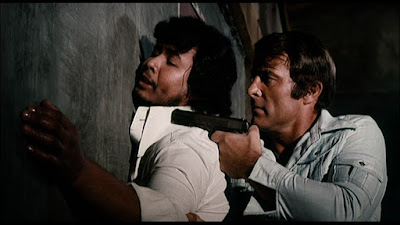 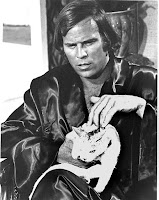 It’s a supreme joy to watch two of the the great 70s tough guys, Robert Conrad and Don Stroud, pound each other into bloodied mince in a Manila meat works in Eddie Romero’s bleak, black and breathtakingly suave B pic. An international sugar company’s left-leaning President (Ken Metcalfe) watches helplessly as he is shot and his family massacred in the film’s distinctly unsettling opening, and tries to enlist the help of retired CIA man and now beach bum “Duke” Smith (Conrad) before his car in blown to smithereens. The firm’s go-to man (John Ashley) sets up the local anti-corporate activist Brownhats (led by Fernando Poe Jr’s half-brother Conrad) to take the fall, but Duke and his former CIA cohort Wyatt (Blaxploitation regular Felton Perry) decide to take on the company in an all-out war. The two-thirds mark signals Stroud’s entrance as Dominic Elba, a dandy top-dollar assassin and Duke’s respected adversary, and the film subsequently hurtles from one bloodied squib to endless shotgun blasts and its ultimately dour ending with a ferociously assured hand. Romero’s gallows humour from Savage Sisters (1974) is on display (see the brothel scene where a judge is caught with a sheep!) within his characteristically literate and imaginative camera frame; the leads are uniformly excellent, as is Eddie Garcia (also “Associate Director”) as the company’s local Machiavellian representative, Thayer David as the slimy Teutonic chairman and child molester, and the late great Vic Diaz as an uncredited carnival barker. Also missing from the credits is Monte Hellman, Romero’s associate on Flight To Fury (1963), as co-editor. 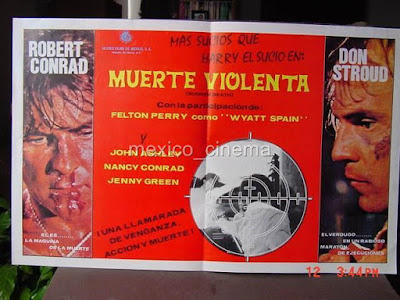